Unique And Incredible Fashion Designers In The World!

Fashion is not a constant or fixed learning. Coping up with fashion trends is like getting adapted or adjusted to the seasons that change every year. Being a successful fashion designer is not an easy job, but success is possible if one is passionate and intelligent enough.
Take a glance at the phenomenal and inspiring stories of these ‘Fashion trends’ – Fashion Designers!

Miuccia comes from a family that runs a fashion business. She joined the company even though her grandfather was not willing to allow females in his company. She introduced the ‘leather goods trend,’ which became popular, and no one had an idea that her intelligence would click at the right time!
Currently, she is dealing with colossal fashion stocks, including luggage, handbags, and shoes. Regarding the information on the net worth of her company, Forbes says that she had reached $2.7 billion of net worth. 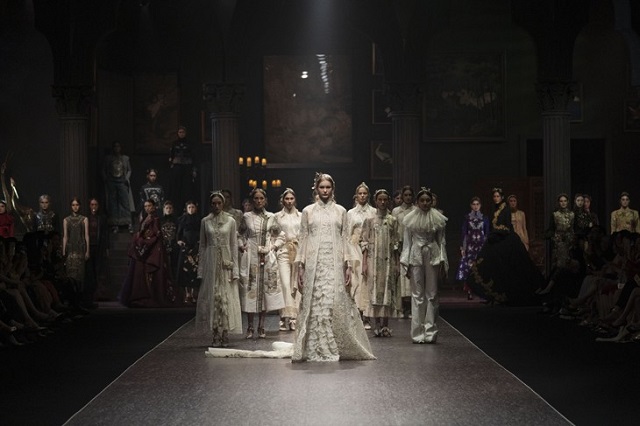 Calvin Klein was a fashion student and learned to work with fashion experts. Later, in 1968, he launched his own company- Calvin Klein Inc. His company is working hard to create unique perfumes, sportswear, and jewelry. His net worth is said to be $700 million approximately.

Ralph Lauren from New York worked in a retail business initially. Then, in 1967, he launched his fashion firm, in which he has established his creative perfume, apparel, accessories, etc. His work is renowned as ‘Masterwork in Fashion Set’!
Ralph’s net worth is worth $7 billion, according to Forbes.

From working as a stock boy at Charivari, a New York clothing store, to standing on his own by being one of the best fashion designers in the world, Marc Jacobs has proved himself to the world. He’s an incredible director who worked with Louis Vuitton, and both of them established a library that indeed was a successful move. Currently, there are 200 retail shops that Jacob manages.
It is also said the net worth is approximately $100 million, according to The Richest.

Gabrielle Bonheur Chanel, known as ‘Coco,’ a french lady, is one of the fantastic fashion designers of the 20th century. She has always wanted to produce practical clothes being fashionable and expensive yet straightforward.
On ‘Time 100: The Most Important People of the century’, Coco was the only fashion designer named!

Tom Ford has come a long way from working with Yves Saint Laurent and Gucci as a fashion designer to establishing his brand!
His designs reflect contemporary and high-end fashion. He dreamt of pursuing acting as a career, but his life surprised him with other plans. He’s also renowned for his award as ‘Best International Designer.’

There’s no limit to Art, and nor do passion!
Hustle hard, and know that you shouldn’t regret it while looking back at your journey. So, make the most of your life!